How An Alternator Generates Electricity

When a vehicle’s combustion engine burns fuel, a component called a crankshaft turns a belt which spins a rotor. There are magnetic poles on the fingers of the rotor which, when spun, create electrical energy. That energy is fed to the battery which powers the electrical parts of the car such as the headlights, the radio, the dashboard, and the windows & locks.

What Causes An Alternator To Fail

When an alternator stops working, it can kill a car’s battery. But what causes an alternator to fail? The answer could be a number of things. For example, the moving parts of the alternator can get dirty which can impede their movement. Alternatively, extreme heat or cold may cause your alternator to malfunction.

How To Tell If Your Alternator Is Not Working

Usually if your alternator isn’t working, your car will make a buzzing noise when the key is on but the car isn’t running. Your car might start, but it won’t be long before the battery drains its stored energy and the electrical system fails. If your car won’t turn on or dies shortly after being turned on, you likely have a problem with your alternator.

Repairing Or Replacing Your Alternator

Before you replace or repair your alternator, take your vehicle in and have the serpentine belt looked at. If this belt is worn down or is loose, it is likely that your vehicle’s alternator won’t work properly. This is a much easier (and cheaper) fix than an new or repaired alternator. 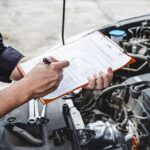 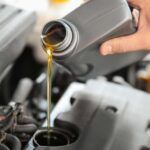 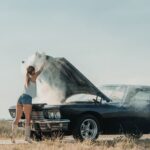 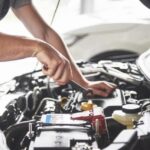 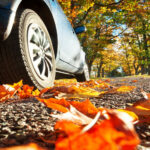